Nowadays English is the most widely spread language in the world, with over 2 billion people speaking English as their first or as a foreign language. Two countries with the biggest number of native speakers of English are the United States of America (around 300 million) and the United Kingdom (around 60 million).

British and American English are also the most popular variants of the language, which leads many learners to wonder: which variant should I learn?

To begin with, I must say that British and American English are not vastly different. They are, after all, not different languages, but variants of one and the same language.

There are some differences in pronunciation and vocabulary, fewer in grammar, some more considerable than others. But if you learn one of the variants, you will be able to understand the other one pretty well, and after some practice, any problems will disappear.

That said, some of the differences are quite big (there are a lot of words that are very different in British and American English, like gas and petrol, for instance). And moreover, you need to start with something, right?

Here is how you should choose.

If you are learning English for a specific purpose, like working or relocating abroad or studying in an English speaking country, it is better to learn the variant that is spoken there.

For instance, if you are going to work and live in Australia, you will be better off concentrating on Australian English, and not British or American. If you are planning to study at Cambridge or Oxford, British English should be your choice. And so on.

If you do not have a specific purpose, a good idea will be learning the most wide-spread variant. At the moment this seems to be American English: it has a large number of native speakers (over 300 million) and more than 50% of people who learn English as a foreign language prefer this variant and consider it to be more important.

There is another thing you can do: you can just choose the variant that you like. Different people have different tastes, and that includes languages as well. Some people consider American pronunciation to be simpler and more understandable. Others prefer the sound of British English.

There are even people who prefer Canadian or Australian English. One of the important things in learning English is that you enjoy it. If learning brings you pleasure, it will be much more successful. It seems to me, it is much better to successfully learn the variant of English you like than struggle with the one you do not.

And, as it was mentioned above, the variants of English – be it American, British, Australian, Canadian or another – are not as different as it may seem. If you learn one variant, no matter which one, you will just need to learn some specific vocabulary and get used to the pronunciation, and it is not that hard.

After all, English is a world language. Many people speak it with a foreign accent, mix in British, American and other vocabulary units, and it does not really create big problems. The important thing is that English allows us to connect with each other all over the world.

3 Reasons Why Your English Is Not Improving? 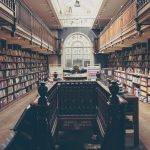 5 Reasons why reading is important when learning English.